Find out more about our recipes
Starters
TAGLIERE CAMUNO 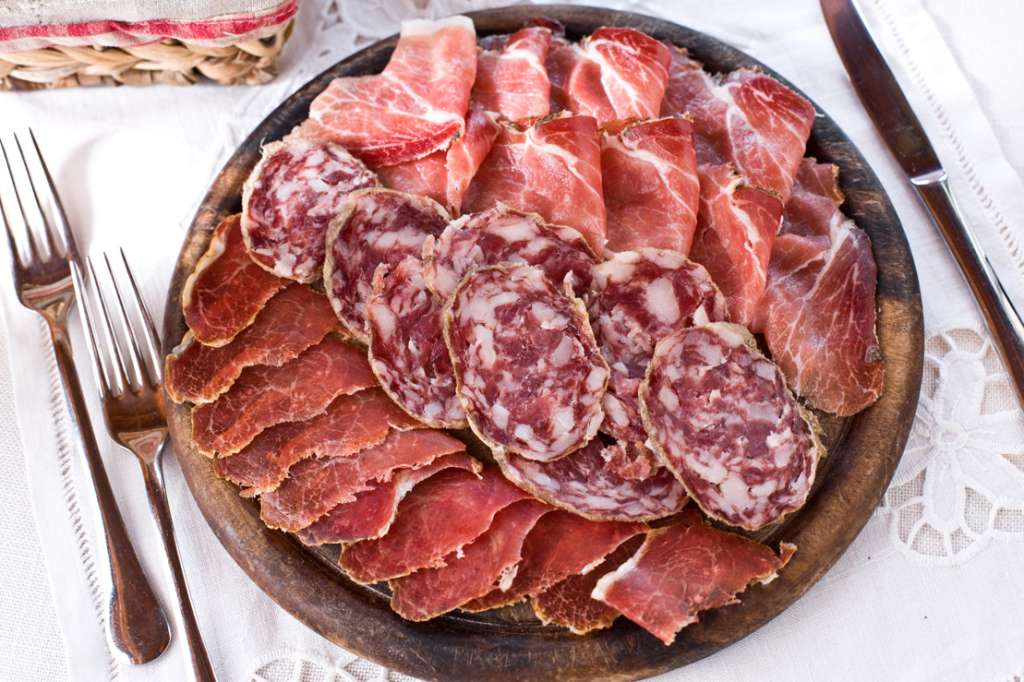 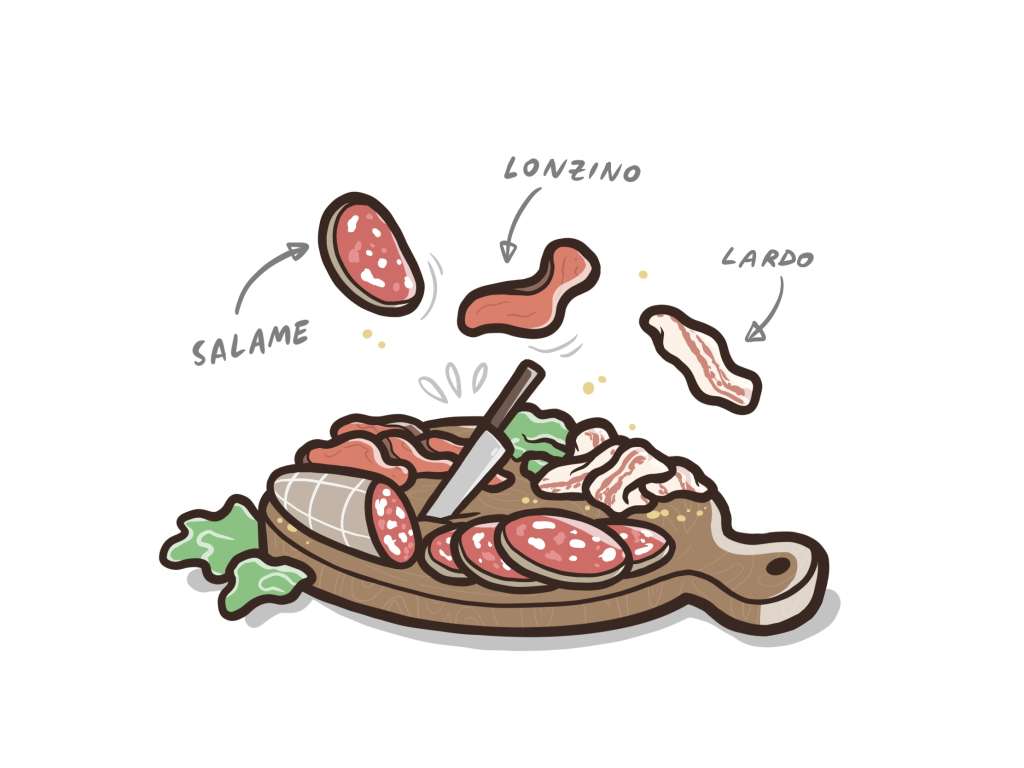 The platter of cold cuts, a classic Italian starter, opens all important lunches in the Valle Camonica tradition. This land has an important variety of cold cuts.

INGREDIENTS
A choice between:

The platter can be served with a little polenta, or with cheese (including typical cheeses such as Fatulì, Silter, Bré or Ricotta) or by adding a few slices of sweet Camunian Spongada or some jam from Valle Camonica.

PREPARATION
The composition of the platter follows well-defined criteria.
The cured meats are arranged starting from the thickest and the most neutral flavours up to the thinnest with the strongest and spiciest taste.
For both cured meats and cheeses, the degree of seasoning must also be considered: from the least to the most seasoned.
The sweetest cuts will obviously have to precede the most savoury, while the spicy ones should be enjoyed after the most neutral.
Also, pay attention to the marbling of the cold cuts, namely the degree of infiltration of the fat: the leanest precedes the fattest.
In other words, it’s quite a puzzle!

ANECDOTES
Le cantine della Valle Camonica un tempo erano molto profonde: le migliori erano quelle con la giusta umidità, il pavimento in terra battuta. Gli insaccati venivano appesi al baldachì, pertiche orizzontali su cui erano legati uno ad uno senza che si toccassero;
per parecchi giorni dovevano stare bassi a circa un metro dal pavimento, fino a quando non avevano formato la muffa, solo allora erano alzati e appesi al soffitto. In primavera, quando ormai erano stagionati, era consuetudine riporli in scatole di cartone o grossi sacchi di carta in mezzo alla cenere asciutta e setacciata, in modo che non si toccassero.
The cellars of Valle Camonica were once very deep: the best ones were those with the right level of humidity, with the floor in beaten earth. The sausages were hung on the baldachì, horizontal poles on which they were tied one by one to avoid them touching each other. They had to hang at a low height for several days, at about one metre from the floor, until mould form on them. Only then were they raised and hung from the ceiling. In spring, when they were well seasoned, it was customary to place them into either cardboard boxes or large paper bags, in the middle of dry sifted ash, so that they would not touch each other. 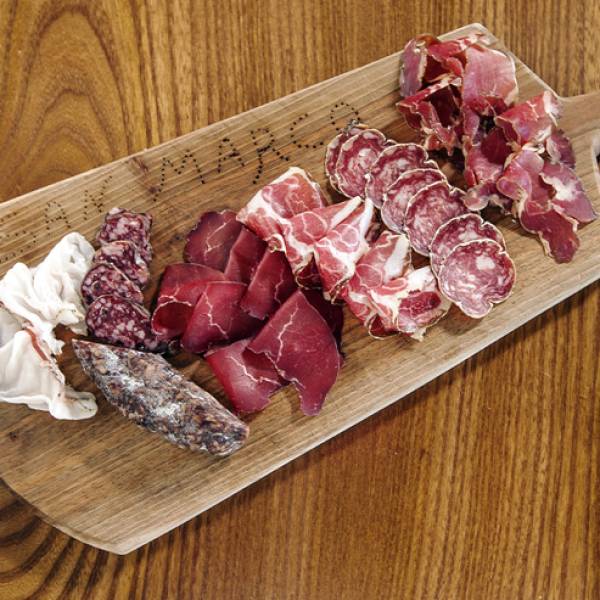 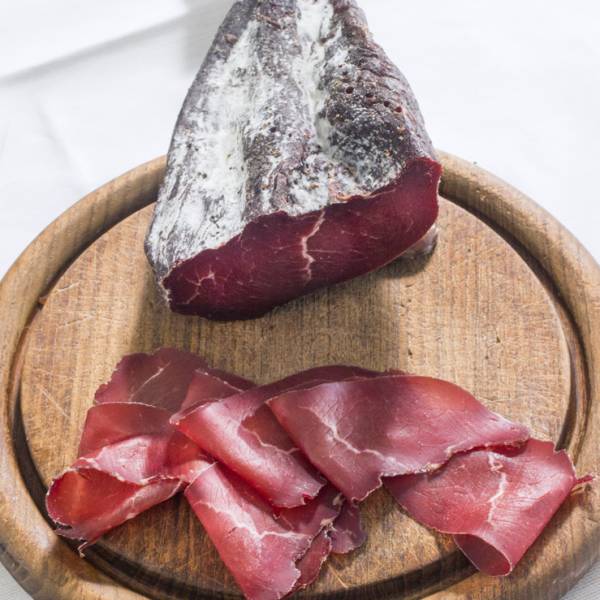 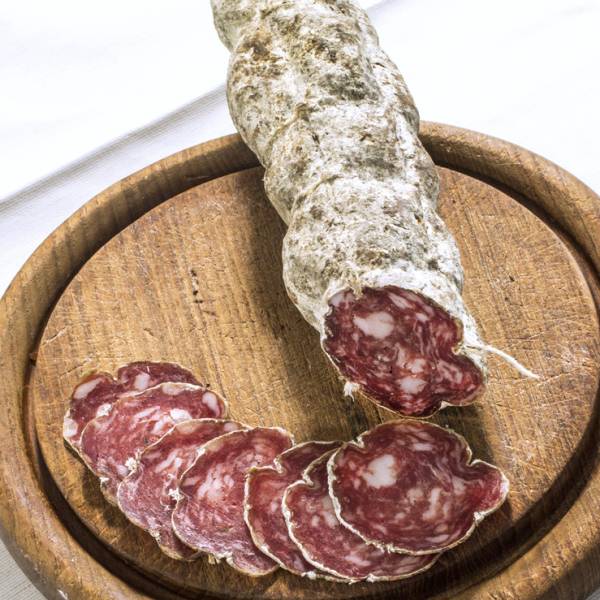 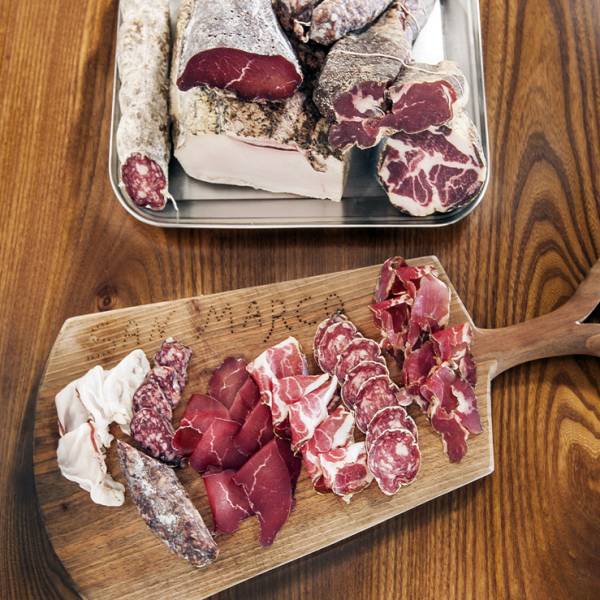 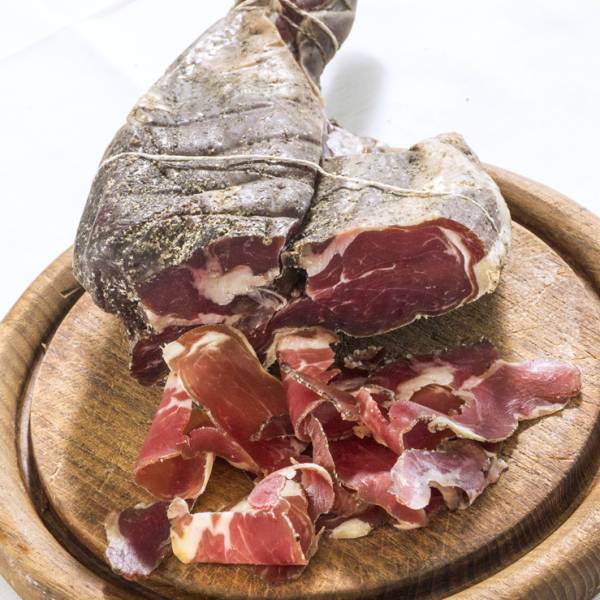 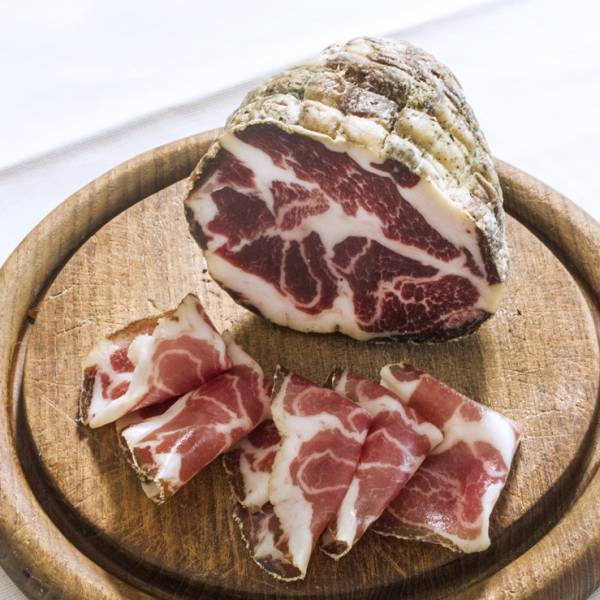 Tradition is the deposit of a long-term and wide-ranging memory, it does not lie in a short time of two or three generations and in an individual memory. However, tradition is not a sepulcher to be preserved and venerated, it always remains a tenacious and obstinate presence of a past to be rediscovered and above all valued.
“I am now 53 years old, I was born in the stable and I am still in the stable and, despite this, I still learn and still make mistakes. I think that to master a trade, not a job, a trade, you need passion, perseverance, commitment, sacrifice, ability, intelli ...